Alyona Alyona is the #1 selling female raper in Ukraine. Musically she closely resembles Cardi B’s, but Alyona is nothing alike. Alyona is a former kindergarten teacher in her mid 20s, who held other odd jobs for a rapper like a supermarket cashier and a make-up seller at a bazaar. Alyona is plus size. She dresses in street style, wears no make up and has nothing to do with luxury. In fact, she mocks “traditional” rappers for face tattoos and obsession with material things.

She’s Cardi from the opposite universe.

Today, people want new. They want weird and unusual. They want creative and authentic. Producers who stamp standardized artists won’t survive for long, because the culture has changed forever.

Let’s take a look at Tommy Cash, a rapper from Estonia wracking tens of millions of music video views. Tommy’s art is very weird, and there is something to it:
‍

Tommy embraces our human differences in his music videos that looks at amputees in a new light.

If you were Alyona or Tommy in the 80s, you’d probably go no farther than a jail cell. Ok, maybe Ozzy Osbourne bitting off a bat’s head on stage or Marilyn Manson urinating on the crowd qualifies for weird.

The point is that before waiving your penis or rolling around on glass (Iggy Pop) could catch some attention. But today, it’d be mainly interpreted as attention seeking.

The culture has radically changed. With internet, people have seen it all. We get bored seeing the same stuff over and over. We don’t trust what appears produced. We don’t trust advertisers who bombard us with ads millions of times a day. We’ve gotten screwed too many times by campaigns like “My doctor chooses Marlboro.” We don’t relate to corporations and one-size-fits-all product.

Subconsciously, we crave to stand out and be unique. Because if we are not, we would have to embrace the fact that there is nothing all that special about us.

Weird is polarizing. Polarization creates identities and belonging, which places us into niche tribes with people like us. Without identity and tribes we deprive ourselves of connection, which we are biologically programmed to seek.

Maybe it’s not “weird” itself that we are being sold, but but it’s an identity that comes with weird.

Tesla’s Cybertruck is a great example of exploring the cultural shift. Here is a picture for starters:

Ford F-Series has been the most sold car in the US for 42 years in the row. Whereas all other pickup trucks pretty much look the same and drive the same. It’s different brands producing essentially the same product. The only differences are cosmetic. Those companies have been following the same exact formula for decades. A little bit more range, a little nicer headlamps.

Tesla’s knew it’d never penetrate the pickup market, if it was somewhat different. It had to be radically different. Tesla had to rethink the pickup truck as a whole. They’ve analyzed what people value in a pickup truck: utility, towing capabilities, operational costs. Turned out that look hasn’t been a priority in a utility vehicle.

Tesla pulled off a car that focused on the aspects that people actually cared about, but design was a huge gamble. There was no mass market vehicle ever that looks something like a sci-fi loonar vehicle imagined back in the 60s or a Mad Max apocalyptic killing machine.

‍
The only reason Tesla could pull this off as a mass market car is because the world’s culture has changed. Decades ago some people might have bought it as an art piece, but it certainly would not have worked for the everyday person. Tesla has gotten over 250,000 pre-orders in the first few days after the Cybetruck’s announcement. For the reference, this number would automatically place Cybertruck at the 3rd most sold pickup truck in the U.S.

I was shocked myself, when I saw the Cybertruck. The more I looked at it though, the more it grew on me. From “what the fuck is this,” I transitioned into “it’s actually kinda cool. I’d buy it.”

A similar thing had happened to me, when I saw the big platform shoes last year. I literally laughed, when I saw people wearing those. I was on the floor rolling laughing, when I saw Balanciaga’s $800 shoe:

Here is a cheap show from the 90s for reference:

Once again, the more I saw big platform shoes, the more I accepted them. Hate turned into acceptance, and acceptance into love. I ended up buying a shoe like that. And trust me, the day I bought them, I was walking like a podium model.

Weird makes you question your believes and identity. What is it that actually makes a car look good? Why do I like clothing that looks a particular way? What’s the value of art? Ok, I can’t resist. This piece was sold for $120,000 recently:

It’s not  painting or an AI generated image. It’s a banana dukttaped to the wall.

You might think that these examples are just a fluke, and that the world is not all that much different. People will still go to Costco, fly Southwest and drink CocaCola.

To me, the examples in this article are indictors of the big cultural shifts that will be more prominent in the upcoming years. Brands that analyze and embrace those shifts will be at an advantage.

Weird is vulnerable. Making an unpopular stance in an effort express oneself.

Weird is an outlet for us to belong.

Weird is brave. We will get judged by others.

Eventually, the Western civilization, will no longer be afraid experiment and be weird, despite the social risks. We all will learn to be brave enough to fail. That’s how we progress. 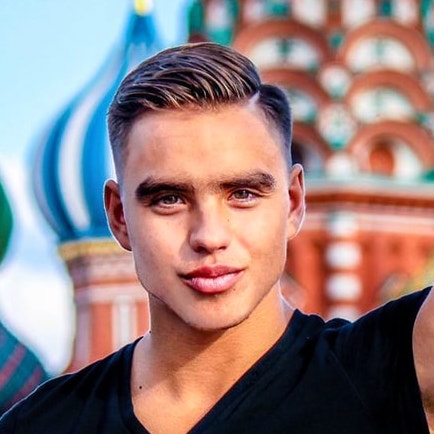 Never attribute to malice which can be adequately explained by neglect. Maybe this entire time people were just sloppy, not evil.