My whole life, I’ve been driven by stories. Richard Branson’s book got me to drop out of high school. Robert Kiosaki’s book got me into entrepreneurship. A random time management book took me to personal growth. Kieth Ferrazzi’s book encouraged me to put myself in front of the people I admire. And Abundance shaped my live’s mission.
‍

I’ve been just a kid following my curiosity trying to understand the way the world works and who I am. When I encountered stories that inspired me, I pursued one question “what if I could do this too?” I knew for a fact that those successes are possible - the characters in the stories were the living proof of it. And if they could do it, sure could I.
‍

Marketing psychology argues that I should tell you just one angle at who I am. And eventually lead you to believe that I am the go-to marketing guy in niche X that you should trust and absolutely hire me.

The truth is this would be far from the reality. I do not stand for one thing.
‍

I was born into a unique set of circumstances. The Soviet Union had just collapsed a few years before I was born. My parents who great up into poor families in smaller towns found themselves free. Free to travel, start businesses and have information that was previously blocked by the USSR filter. And that’s what they did.
‍

By the time I was 16, I’d already visited ~40 countries, hung out at my dad’s office for years, got kicked out of school, did a variety of sports and went to two Universities. I’ve also done the things that people dream about like going to the Carnaval in Brazil, fishing for blue marlin Mauritius and skiing off of Alps’ black diamond slopes.
‍

Nothing felt impossible. Especially when you are a kid.
‍

Living someone else’s lives destines for failure. I needed to discover who I am. And the best way to do it is through exposing yourself diverse perspectives and doing new things.
‍

In the 9th grade, I attended Moscow State University program for young prodigies passionate about entrepreneurship. There I won a book on time management that’d changed my life. It made me set life goals and think about what I really wanted to get from life. The list was as basic as you’d expect someone my age to write, but it followed S.M.A.R.T. goal setting.
‍

- Make a billion dollars by 30

- Give away all my money before I die

Having 6h of sleep a night coupled with the new goals, I dropped out of high school and university (15). If I stayed in the system, nothing would happen. I needed to put myself in the optimal environment to learn from the best entrepreneurs in the world. “Screw it, let’s do it!” - Richard Branson
‍

After traveling across South America with a suitcase full of books, I went to learn English in Boston & Cali. Then I went to the University of Richmond (17) and studied biz. Who knew that the U.S. collage culture is heavy on partying?
‍

Reading “Never Eat Alone,” I had to change things up. I needed to find like-minded people, so I transferred to the University of Southern California.

Living in California and surrounding myself with brilliant like-minded entrepreneurs, my interest in startups ignited. At the time (19), I was working on a mobile app (like everyone else in 2014), and an infamous venture capitalist Tim Draper invited me to join his Draper University. I moved to the Silicon Valley and did the Startup U TV Show (ABC Family) class at DU. This has put me right in front of the unicorn startup founders like Lyft, Airbnb and SolarCity.

By then I’d already met 10 billionaires. To my surprise, they were all humans. They didn’t have the magic recipes or a secrete piece of wisdom hidden from everyone else. They did have the mindset and they executed. And most beautifully, most of what they know is available on the internet for the price of air.

Tim Ferriss’ 4 Hour Work Week tempted though. Passive income and freedom to do what you love… I returned to Moscow for the summer and experimented with an import/export business (20), for which I went to China.

Having discovered what I do not like, I moved back to the Bay Area. Back then I felt like I had the network and all the information in the world. But something didn’t quite add up. “Hustle” could only go this far. I was broke in a place where an avocado toast costs $18 and ideas are cost nothing.
‍

I needed to obtain a marketable skill. Something that I could be the best in the world at. The SEC had just passed the JOBs act allowing startups raise money from unaccredited investors. And my mentor introduced me to the opportunity of opening a marketing agency in the equity crowdfunding sector.
‍

'If someone offers you an Amazing opportunity and you're not sure you can do it, say Yes - then learn how to do it later.' - Richard Branson
‍

I’ve been a personal development junkie, and did not resonate with cheesy, unstructured, and incomplete teachings that lacked real data and algorithms.
‍

The best way to learn is by putting yourself in the roof full of people who know more than you. I started Lifestyle Engineering (20), a private community of life hackers who use iterative approach to building dream lives and self-awareness. We’ve then opened 3 LE coliving houses for entrepreneurs.

Adventure has been a big part of my life. My goal was to explore the world before I devote my life to one thing. At 19, I created a bucket list unconstrained by what’s considered impossible. A year and a half later, I found myself kitesurfing on the Necker island alongside with Richard Branson ✅. I met presidents, skydived, ran with the bulls in Pamplona, partied on a yacht, motorcycle across the jungle. I lived in the Dominican Republic, Singapore, Paris, Spain, Thailand, Bali, Mexico.

I spent 2018 learning artificial intelligence, autonomous vehicles and high tech. I’ve also acquired basic skills in python. To grow as a leader, founder and marketer, I started the digital side of Te Vas a Morir, a personal development brand that aims to help people start thinking independently.
‍

Since 2019 I've dedicated my focus to growing Te Vas A Morir. Currently, I am working on my first book, called Lifestyle Engineering.

Learn more about my life's mission, where I am headed and how you could join.

Let's talk synergies and how we can change the world together.

How do you want to shape the world?

Explore my life's mission statement and manifesto that give you a detailed overview behind everything I do and what drives me. 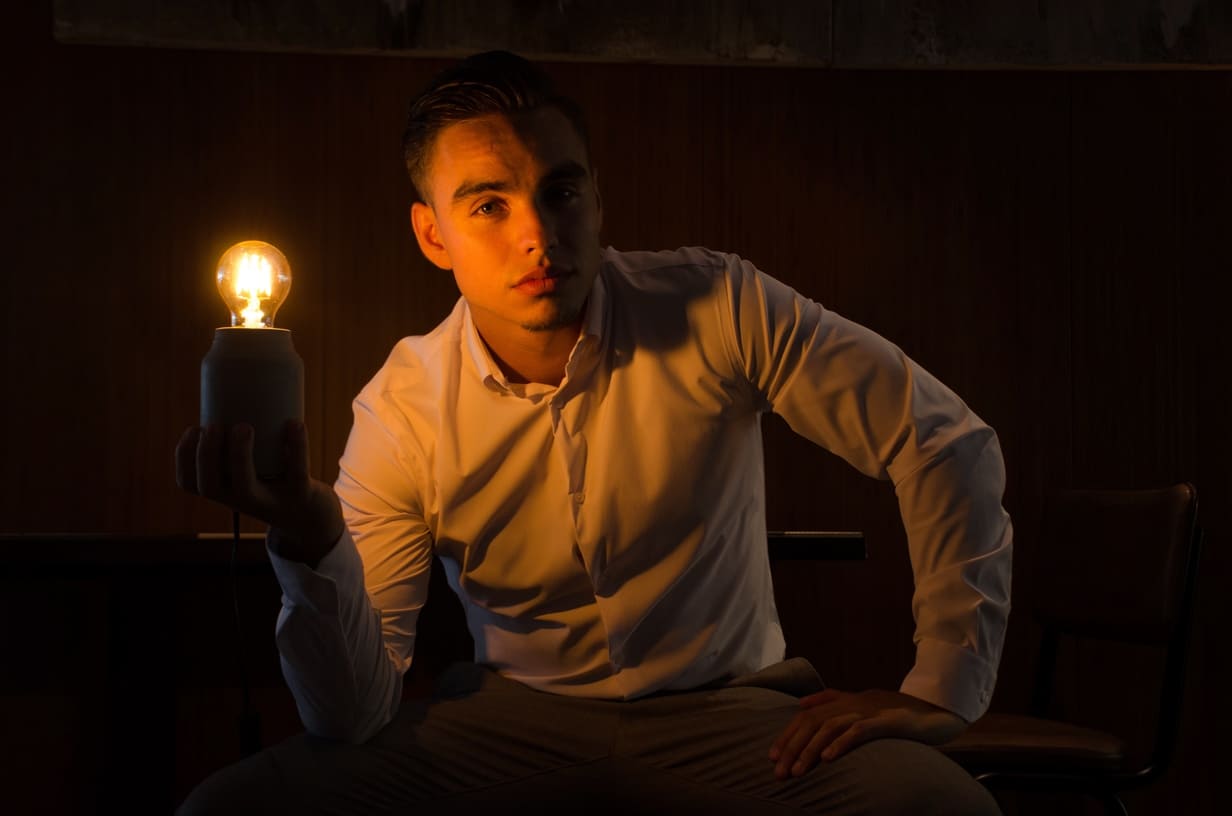 My curiosity lead me to find what I love. Polymath.

My growth is fueled by my curiosity to understand myself and the world better. I write, read, research, talk to experts, reflect, exercise among other things.

Kitesurfing puts me in the ultimate state of "flow." The concept of time no longer exists. Problems disappear. What if I could fly?

Technology has turned monkeys into a space-bearing civilization. Tech is leverage. Tech make us super humans. In particular, I am avid AI and Autonomous Vehicles enthusiast.

Big things are made possible by leaders who inspire like Musk and Jobs. I am working on creating companies 2.0 that turn work places into connected people-centered organizations.